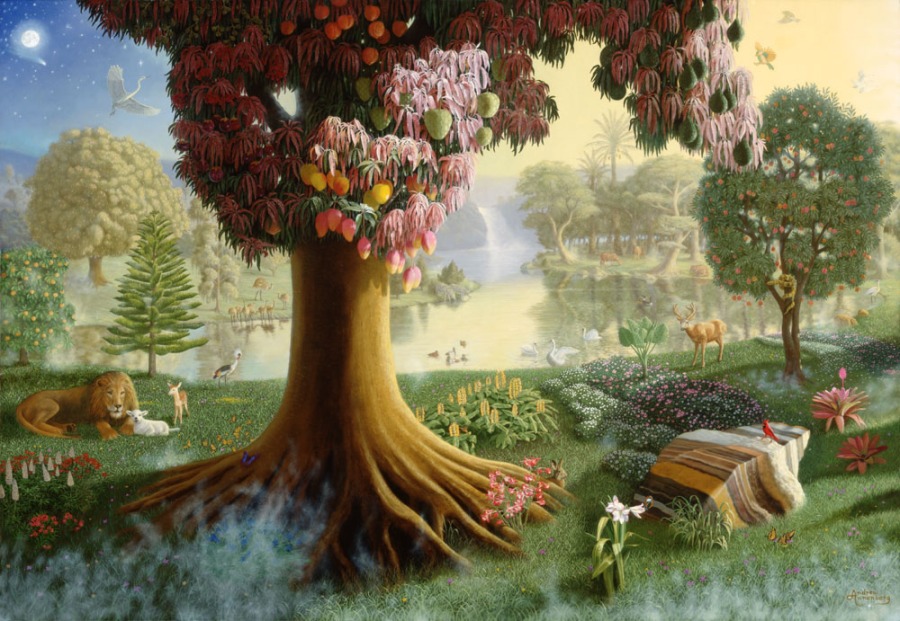 I was recalling a dream I had back in 2005. I dreamed that the world was ending. This was a terrible nightmare but then something really surprising happened. It was the calling of a lucid dream, where I was aware that I was dreaming, but it was still directed by a higher state of consciousness that said, “see.” What I am trying to say is that the lucidity of the dream, and the witnessing, were one in the same. I was witnessing the birth of my awakening within my dream; and, it was a dawning where I witnessed the apparent destruction of what actually wasn’t even real.

The buildings were black and everything around was crumbling. In my dream, I was living in a tiny village, and several different types of destruction were happening. There was a tidal wave, much like in the story by Pearl S. Buck, called The Big Wave. There was a lack of healthy air, like in Pittsburgh, before its cleanup – also where I was living at the time of the dream.

Worst of all there was chaos and frantic people all around. My friends were unreachable. I think it was at the moment when I realized that I needed to create a new reality (North Node in Leo). The higher consciousness suggested that I let this old one go. That I simply start a new dream, a new consciousness. (If you’re asking me, “How’s that going?”  Well… Mostly pretty good.)

Of course, it was devastating to me that this old world was crumbling all around me. No one wants to see the destruction of the world, and experience their own imminent death, as well as those of their loved ones. However, there was a lot of past life elements in this dream. This was the telling that I had witnessed and experienced all of this before, many times over (Balsamic Moon in Cancer – old soul). Sun in Leo – I’m still ‘the center’ of my own world. Seventh house Sun: ‘You’ are shining starsof my evolution.

The best thing that happened to me in this dream, though, is that I realized that it was only my own consciousness that I was witnessing – and that was all.  Wow!  Isn’t that empowering?!  Isn’t that really reviving? Can you imagine that YOU are the absolute center of everything that you witness, experience, and call into existence?

For those of us who are able to influence the world:  What do you want it to look like?  What would a safe world feel like for you? What would a *NEW* GOLDEN AGE, really look, smell, taste, and BE LIKE? Get out your magic wands.

Extra links:  Pittsburgh before and after

Special credit to Andrew Annenberg for his painting featured here.

Also, special credit goes to the tree of life, which continually blesses us with continuously growing branches.

23 thoughts on “What about the NEW Golden Age: How will it look, feel, smell, and sound to you?”